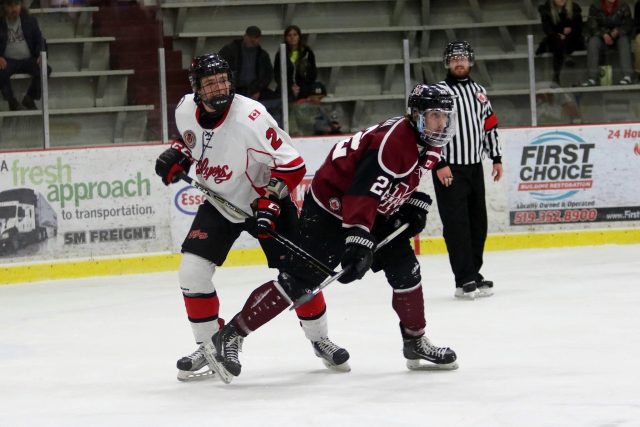 Josh Supryka assisted by Dawson Garcia and Jordan Frasca had the only Maroons offense in the game.

Pain Court’s Levi Tetrault, who played for the Maroons in 2014-2015 before moving to the OHL’s Guelph Storm, was held scoreless for the Flyers in the winning effort.

Chatham has lost three of their last four games, beating St. Mary’s in that span.

The Maroons are firmly entrenched in 6th position in the GOJHL’s Western Conference, sitting 10 points behind St. Thomas and 14 points ahead of Komoka.