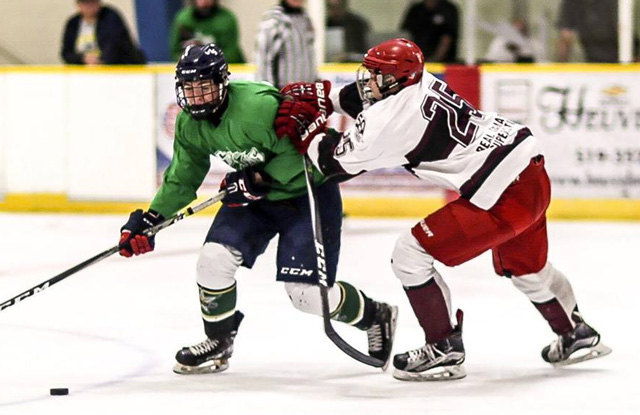 The Chatham Maroons have committed to one of their two 16-year-olds for the upcoming season, signing Tilbury’s Darby Lemieux.

Lemieux has played the past several seasons for the Chatham-Kent Cyclones ‘AAA’ organization.

“We are thrilled to add Darby Lemieux to our roster this season,” said Maroons head coach Kyle Makaric.

“For us his character and approach to the game has always stood out, and his play throughout the preseason has been exactly what we were looking for. He is a big body who skates very well and can play all 3 forward positions. He also has an good instincts offensively,” Makaric continued.

“We think he compliments our current roster and is the ideal candidate for the role we were looking to fill.”

Considered by many scouts to be the Chatham-Kent Cyclones Minor Midget team’s top player by seasons end last year, Lemieux went undrafted in the OHL draft.

He scored 15 goals and 25 points last season for the Cyclones in 32 games, before adding 4 points in 7 playoff games.

Lemieux is following another Chatham-Kent Cyclones and Tilbury product Dylan Schives. Schives was one of Chatham’s 16-year-olds last season after going undrafted. He recently signed with the QMJHL’s Quebec Remparts.