Spencer Marcus Getting Into The Swing Of Things 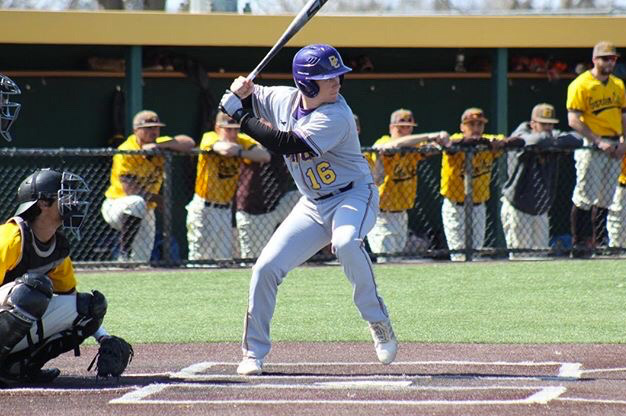 Spencer Marcus at the plate with the Dodge City Conquistadors

When Chatham’s Spencer Marcus decided to pack his bags and play college baseball for Dodge City in Kansas, he knew he was in for a challenge, and a change; but Marcus is getting into the swing of things as his season progresses.

“Playing junior college baseball this season with the Dodge City Conquistadors has been nothing but a blast,” said the outfielder.

“It has definitely been an experience from meeting new people to having to step up my game on the field. None of this was possible without the welcoming of my teammates, it has made being distant from home a bit easier while keeping the focus on the success of the team.”

Marcus feels his game developed this season, with a focus on overall team success.

“There are always things to learn when it comes to the game of baseball. One main thing I have learned this season is that even though there are stats that are being taken as an individual,” said Marcus, who had a .333 batting average, 7 home runs, 31 RBIs, and 3 stolen bases through 28 games.

“There are also stats as a team, which are more important. I’ve come to realize if the team succeeds, you succeed. Therefore, my game has developed in a way to make our team stronger overall.”

Marcus has spent the past 4 years playing for the Great Lakes Canadians out of London and also played minor baseball in Chatham as a youth. While the move to Kansas to play NJCAA baseball was not an easy decision for Marcus, he feels it was the right one for his future.

“My decision to go to Dodge City was not an easy one. It came with time and a lot of nights laying in bed thinking what would be the best thing to do for my future,” he explained. “After I talked to some teammates that I use to play with that attend Dodge City and talked things over with friends and family the decision became a bit easier.”

Now that he’s with Dodge City, and having success, it’s obvious Spencer Marcus made the right decision. When his season does end, Marcus plans to return to the area to play for the St. Clair Green Giants of the Great Lakes Summer Collegiate League.