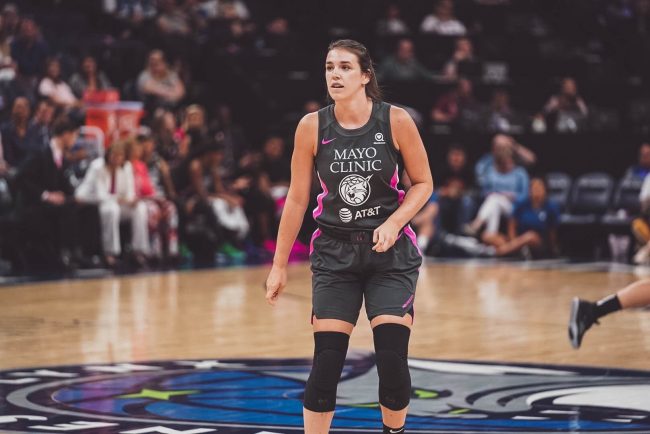 Bridget Carleton was named to the WNBA’s Minnesota Lynx roster ahead of the 2020 season by Lynx Head Coach and General Manager Cheryl Reeve on Tuesday.

Minnesota Lynx today announced the team has set their roster ahead of the 2020 season by placing forward Jessica Shepard on the team’s full season suspended list.

Carleton played 8 games in the WNBA last season, splitting the year equally between the Connecticut Sun and the Minnesota Lynx.

The WNBA announced training camps were postponed in early April. An announcement on the return of the WNBA has not be made as of yet. TAGS bridget-carletonchathamMinnesota LynxWNBA
Share This
NEWER POSTChatham-Kent’s Olivia Stallaert, Making CK Proud
OLDER POSTBill Cole Is Watching Things He Shouldn’t Be In A World Without Sports…So Are The Rest Of Us