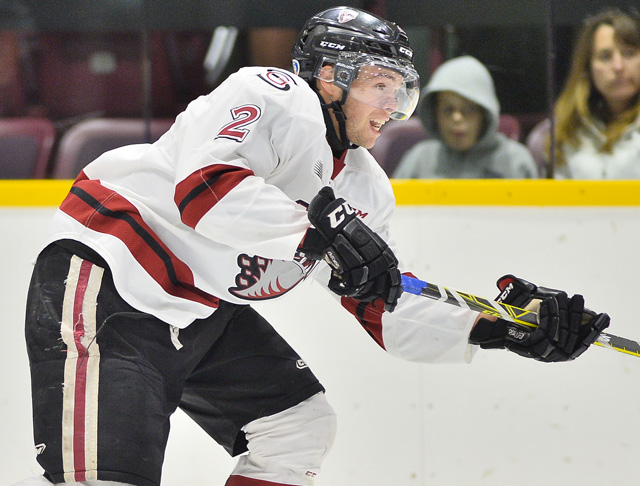 Pain Court’s Levi Tetrault had an uphill battle with the OHL’s Guelph Storm after they made several offseason acquisitions to bolster their blueline. The end result was Tetrault and the Storm parting ways this week.

Tetrault, who was a 4th round pick of the Storm in 2015, will skate with the GOJHL’s Brantford 99ers this season after signing with the club.

Last season with the Storm, Tetrault appeared in 31 games, collecting 2 assists. He had 5 assists in 105 career OHL games.

Tetrault last played Junior B in 2014-2015 when he suited up for the GOJHL’s Chatham Maroons as a 16-year-old, a year removed from captaining the Chatham-Kent Cyclones Minor Midget ‘AAA’ team.

The Brantford 99ers have already played a trio of regular season games. They face Waterloo Thursday, and will play Kitchener and Guelph this weekend.

Guelph also parted ways with veteran defenseman Quinn Hanna who will now skate in the QMJHL.