Cameron Symons Ready To Make An Impact In Leamington

He’s not from Chatham-Kent, but Cameron Symons has spent most of his formative hockey years developing on Chatham-Kent ice.

Now, the talented forward will head back to Essex County after signing with the GOJHL’s Leamington Flyers.

The Kingsville, Ontario product, spent last season with the PJHL’s Blenheim Blades, where he was the PJHL Stobbs Division Rookie of the Year runner-up.

“Blenheim was awesome,” said Symons of his time with the Blades. “They gave me an opportunity to play in every situation and allowed me to earn my ice time. The fans are the best in the league and my coaches and management treated me fair.”

Symons had 20 goals and 30 points in 31 games this season for the Blenheim Blades. He signed after spending multiple seasons with the Chatham-Kent Cyclones, including his Minor Midget ‘AAA’ campaign.

Now, Symons is headed for Leamington, a team which has a record of signing Chatham-Kent products in recent seasons.

“I will bring Leamington 100% effort on and off the ice,” said Symons of what he hopes to contribute to the Leamington Flyers off the hop.

“I’ll do whatever it takes to make the team successful. I’ll continue to work hard and develop my game so I have the best chance to further my hockey career.” 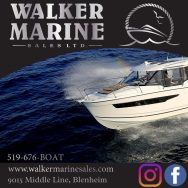